In addition to his work as in advocate on behalf of clients involved in complex disputes, Ross is an independent mediator and commercial arbitrator. Ross was elected to serve as the Chair of the Dispute Resolution Section of the New York State Bar Association from 2021 to 2022. With over 1,500 members, the Dispute Resolution Section is the most active bar organization in the country devoted to the study, promotion, and development of mechanisms for resolving complex disputes. In 2022, Ross was appointed to serve as Chair of the Nassau County Bar Association’s ADR Committee.

Ross’ success and leadership in the dispute resolution field resulted in his invitation to join the American Arbitration Association’s prestigious Panel of Commercial Arbitrators. Ross joined the AAA’s highly-regarded Panel as one of the youngest arbitrators in the country. Ross regularly lectures on the importance of utilizing strategic and creative approaches to resolving disputes, and is the creator and Chair of the Judith S. Kaye Arbitration Competition, the premiere arbitration competition for law students in the New York metropolitan area. In addition to sponsoring the creation of many committees of the NYSBA’s Dispute Resolution Section, Ross founded the Dispute Resolution Section’s Diversity Series, a vital initiative (involving prestigious events) geared towards improving and promoting diversity within the ADR community. While at St. John’s University School of Law, Ross served as an executive board member of the Dispute Resolution Society and participated in the prominent International Chamber of Commerce Mediation Competition in Paris, France, as well as the St. John’s/FINRA Securities Dispute Triathlon in New York City. While in law school, he gained experience representing clients in FINRA matters as an intern for the St. John’s University Securities Arbitration Clinic.

Ross’ success as a lawyer has led to various industry recognitions, including his inclusion in the Long Island Business News’ 40 Under 40 List, the Long Island Herald’s Inaugural Top Lawyers of Long Island, and the elite roster of America’s Top 50 Lawyers. At the outset of his career, The Hugh L. Carey Center for Dispute Resolution at St. John’s School of Law awarded Ross the Mangano Grant, a grant awarded to young alumni to pursue opportunities and conduct research in the field of alternative dispute resolution. Ross has been included on the Super Lawyer “Rising Star” list for 2020, 2021 and 2022, an honor reserved for only 2.5% of lawyers within New York State.

Ross represents clients in Federal Court, State Court, and all arbitration forums (including AAA, ICDR, JAMS, FINRA, ICC, CPR, and NAM). Ross is admitted to practice law in the State of New York, the State of New Jersey, and the U.S. District Courts for the Southern, Eastern, Northern, and Western Districts of New York. Ross is a member of the mediation rosters for various New York State Supreme Courts, including Nassau, Suffolk, and Bronx counties. He is a member of the NYSBA’s Dispute Resolution Section, Commercial and Federal Litigation Section, and International Section. He has been published in the Dispute Resolution Lawyer, and currently serves on the Executive Committee of both the Dispute Resolution Section and the International Section. Ross is an active member of the Nassau County Bar Association and serves on its ADR Advisory Council. 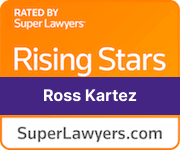 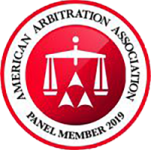