Mark S. Mulholland has represented businesses, Fortune 50® corporations, municipalities, government agencies, and individual entrepreneurs in all manners of disputes and in all forums. He focuses on traditional courtroom contests, and is accomplished as a litigator and trial attorney in federal and state cases across the country. With broad experience litigating complex business disputes in virtually every field—intellectual property, condemnation, antitrust, securities matters, licensing, unfair competition, copyright, trademark, contract disputes, constitutional challenges, RICO and beyond—he has litigated cases that span from simple to complex.

He is a senior member of Ruskin Moscou Faltischek, P.C.’s Litigation Department, one of the largest practice groups on Long Island dedicated exclusively to commercial litigation. Mark was managing partner and member of the Management Committee for the firm from 2005-2014. Following active service as a senior trial attorney and captain in the U.S. Army J.A.G. Corps, Mark has become recognized as one of the foremost civil litigators in private practice in the region.

In 2011 he served on the New York State Judicial Salary Commission, the historic commission that reset judicial salaries statewide for all 1,300+ judges serving in New York State. A copy of his opinion endorsing fair and reasonable salary increases for the New York judiciary is viewable here.

After graduating with honors from the University of Notre Dame in 1982, he earned top honors and received multiple individual citations at the State University of New York School of Law. He served as articles editor of the University Law Review, was a champion member of the moot court team, won first place at the elite J. Braxton Craven National Moot Court Competition in Chapel Hill, North Carolina, won the coveted Robert J. Connelly Trial Practice Award, and earned the Albert Moot Evidence Prize.

Mark began his legal career as a Captain in the U.S. Army Judge Advocate Generals’ Corps where he represented soldiers at military courts martial. While in the service, he trained with the famed 1st Airborne Battalion, 507th Infantry Regiment and earned the prized “Silver Wings” of the U.S. Army Airborne Corps. He went on to become the senior defense counsel at the National Training Center at Ft. Irwin, California where he was personally responsible for representing soldiers at General Courts Martial, including major espionage and federal felony cases. While in government service, he also served as special assistant to the U.S. Attorney for the Central District of California. He began his civilian career in commercial litigation at Willkie Farr & Gallagher in New York City before joining Ruskin Moscou Faltischek, P.C. in 1991, where he quickly attained partner status.

He was selected as court appointed counsel to receiver by Manhattan Commercial Div. in Napoli v. Bern. Mark was elected as a board member of Brookhaven Memorial Hospital Medical Center in 2008 and was appointed to the New York State Judicial Salary Commission in 2011. He has served as a trustee and vice president of the Board of Education in his home village in the Town of Babylon, was selected to serve as a board member of the Long Island Aquarium, and was appointed a public member of the New York Mercantile Exchange Adjudication Committee. He is a member of the New York State Bar Association, the Nassau County Bar Association and Suffolk County Bar Association. He lectures and writes often on litigation topics, is a contributor to the New York Law Journal and serves as a mediator in the Eastern District of New York’s Federal Court Mediation Program. 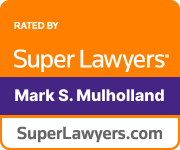