Eric C. Rubenstein successfully manages a diverse real estate transactional practice with specific emphasis on commercial leasing, acquisitions and sales, and mortgage financing and 1031 transactions. He personally closed the $210M sale of Jericho Plaza, one of the largest one-site real estate transactions in Long Island history, as well as the $190M sale of EAB (now RXR) Plaza, and a $140M securitized leasehold mortgage with Lehman Brothers. For many years, he handled all of the financing and leasing at Jericho Plaza and RXR Plaza (comprised of more than 1,800,000-square-feet in the aggregate).

Eric is Of Counsel at Ruskin Moscou Faltischek, P.C., where he is a member of the firm’s Real Estate Department and a member of the Environmental Practice Group. Among Eric’s clients are major lenders and real estate developers, owners and operators in financing and sales transactions in New York City and the metropolitan area, as well as other areas throughout the U.S. These transactions have included shopping centers, office buildings, hotels and resorts, apartment complexes, retail sites, nursing homes, assisted care facilities, warehouses, industrial sites, vacant land, commercial and residential cooperatives and condominium, and partnership interests, among others. Eric’s work on behalf of lenders and property owners includes management and brokerage contracts, construction and architects agreements, title and zoning issues, as well as environmental matters.

His professional career began in New York City with Baker & McKenzie and Mudge Rose Guthrie Alexander & Ferdon. Eric then spent six years as in-house real estate counsel for a division of ABN AMRO Bank on Long Island and in New York City. Prior to joining the firm, he was the head of the Long Island Real Estate Department of Phillips Nizer.

Eric was elected secretary of the Long Island Real Estate Group in 2008 and continues to serve in that capacity and as board member. For three years, Eric served on the Board of Directors and Executive Committee of Landmark on Main Street, Inc., a community nonprofit organization, which converted an elementary school in Port Washington, where he resides, into subsidized senior housing, daycare and afterschool facilities, and a theater. Eric frequently lectures and is published widely. Repeatedly named as a NY Super Lawyer, he has been honored by the Long Island Business News as one of the 50 Around 50 Long Islanders for his business achievement and community service. 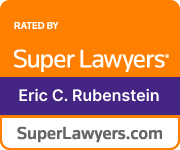