Douglas Nadjari is an accomplished trial lawyer concentrating in criminal defense, regulatory enforcement proceedings, and complex commercial litigation. Over the past 35 years, he has successfully tried to verdict dozens of criminal, civil, and administrative cases. He is widely recognized in many arenas for the creative and aggressive representation of physicians and other health professionals.

A partner at Ruskin Moscou Faltischek P.C., he is a member of the firm’s Health Law Regulatory Department and White-Collar Crime & Investigations Practice Group.

Nadjari is best known for representing clients in criminal matters and before the Office of Professional Medical Conduct (OPMC), the Office of Professional Discipline (OPD), Office of the Inspector General (OIG) and the U.S. Drug Enforcement Administration (DEA), in hospital medical staff proceedings, audits, claw-backs and demands for repayment made by Medicare, Medicaid and private health insurers as well as the defense of physicians and corporations in criminal, administrative and commercial disputes. Previously a partner at a major New York City medical malpractice defense firm, he also served as a supervisor in the Homicide Bureau and Deputy Chief of the Investigations, Felony Trial and Major Frauds Bureaus in the Brooklyn District Attorney’s Office where he spearheaded the investigation and prosecution of homicide cases, healthcare and other complex financial fraud cases. 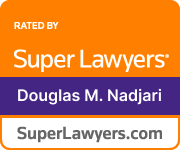