Michael Brown is an accomplished litigator, counselor and the head of the Firm’s Insurance Practice. Mike’s practice areas span the litigation, Alternate Dispute Resolution, corporate and insurance coverage, defense and regulatory arenas. Mike has been recognized as a New York Metropolitan area “Super Lawyer,” is published in “Who’s Who in America” and was the only attorney, together with eight other professionals in various professions to receive the 2017-2018 Albert Nelson Marquis Lifetime Achievement Award, republished in the July 24, 2018 “The Wall Street Journal.” Mike was the originator and part drafter of the first commercial cyber liability policy developed with IBM and the Reliance Insurance Company.

Mike began his career at Weil, Gotshal & Manges and then became a senior trial attorney and Deputy Bureau Chief in the Office of the Special State Prosecutor for Corruption in the Criminal Justice System. A frequent lecturer for many organizations, Mike has spoken on a variety of topics including litigation management techniques, insurance coverage issues, the defense of a variety of professional liability and Directors & Officers claims, various evidentiary issues, the attorney-client privilege, the regulatory aspects of self-insurance and captive insurance programs, the federal Risk Retention Act, and the prospects for federal regulation of the insurance industry.

A partner at Ruskin Moscou Faltischek, P.C., he is a member of the firm’s Commercial Litigation Department, the Firm’s Cybersecurity and Data Privacy practice group and its Alternative Dispute Resolution practice group. As a long time advocate of mediation, Mike has years of Mediation experience as an advocate and also acts as a mediator for insurance coverage and other commercial disputes.

In 1983, Mike was a founding partner of Ohrenstein & Brown, LLP, whose insurance practice was rated “Tier 1” By “U.S. News & World Report,” and was the only Long Island Firm to be ranked as Tier 1 for the insurance area. He has frequently been called upon to litigate significant and unusual cases in many states throughout the country. Mike represented a large satellite operator in a “life insurance” claim when several satellites suffered “shortened lives” due to manufacturing and design defects. When an insurer and one of the nation’s largest banks had a dispute over the meaning of a unique insurance policy involving the country’s largest fleet of leased automobiles and involving hundreds of millions of dollars, Mike was asked to defend the insurer in North Carolina. Mike has also represented major hospitals in disputes with HMOs and is also an experienced commercial and employment practice litigator.

Mike also represents insurers, brokers, and insureds in developing structures for insurance programs and in dealing with the regulatory aspects of those programs. Mike regularly represents clients with matters before the New York Department of Financial Services and has served as counsel to a number of national insurance programs.

Mike has served as Chairman of the Subcommittee on Insurance Demutualization of the Association of the Bar of the City of New York and has served on the boards of directors of several publicly owned companies.

Mike earned his Bachelor’s degree at Beloit College and his law degree at New York University School of Law. 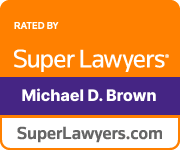