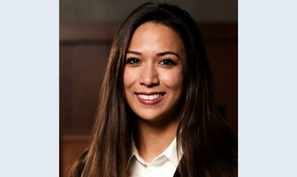 Nikki Kelly is an Associate at Ruskin Moscou Faltischek, P.C., where she is a member of the Cybersecurity and Data Privacy Practice Group and Corporate and Securities Department. Nikki’s practice focuses on cybersecurity and data privacy matters and general corporate representation.

Nikki earned her Juris Doctor from the Maurice A. Deane School of Law at Hofstra University. During her time in law school, Nikki was a Research Editor of the Hofstra Labor & Employment Law Journal and Research Assistant for the Law, Logic, and Technology Lab. She was selected to participate in the Law, Government, and Politics Fellowship under Judge Gail Prudenti and the Freedman Social Justice Fellowship under Ellen Yaroshefsky.

Nikki received both the Gold Level Award for over 750 hours of pro bono work she performed as a law student and the Shirley & Hyman Goldstein Scholarship for meritorious academic achievement in the face of adverse challenges. She devoted her last semester of study as a New York Pro Bono Scholar with the Federal Defenders for the E.D.N.Y., assisting those charged with federal crimes and who cannot otherwise afford legal counsel. Nikki represented Hofstra Law in the 2021 inaugural New York State Bar Association Legal Innovation Tournament, where she and her team took first place for a consumer debt authenticator app, VerifyThis. Her team also competed in Hofstra’s 2021 Digital Remedy Venture Challenge.

Nikki had the privilege of interning with Chief Administrative Judge Lawrence K. Marks and the Counsel’s Office of the New York State Unified Court System and the U.S. Attorney’s Office National Security and Cybercrime Section and Organized Crime and Gangs Section for the E.D.N.Y. Before law school, Nikki contributed to her prior firm’s pro bono initiatives with former Chief Judge Jonathan Lippman and his Independent Commission on NYC Criminal Justice and Incarceration Reform. Through this, she worked with Commission representatives in suggesting alternatives to mass incarceration and rethinking justice at Rikers Island. She has crossed the Rikers Island bridge to tutor 16–17-year-old female detainees, in support of the academic achievements of people in the carceral system.

Nikki is admitted to practice law in the State of New York. She received her Bachelor of Arts in Psychology with a Minor in Italian from Binghamton University and is a former NCAA Division 1 Women’s Track & Field athlete. Nikki is a proud Bing alumna and actively contributes to her JFEW-SUNY International Relations Scholarship as a Program Mentor. She has delivered trainings and presentations at the Binghamton University Fleishman Center Connections for Success Leadership and Professional Development Retreats addressing topics on emotional intelligence, feedback, motivation, communication, and team dynamics in the workplace.