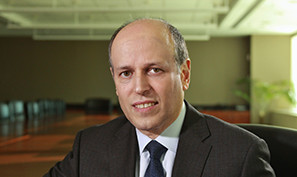 For more than 30 years, Irvin Brum has been a trusted advisor and confidant to entrepreneurs, family owned businesses, and publicly held companies across a wide range of industries. Irvin’s practice focuses on mergers and acquisitions, succession planning, corporate governance, venture-capital, public offerings and debt financings. He represents major lending institutions in connection with their lending activities and is known for longstanding client relationships, personally servicing some of the firm’s largest clients.

A senior partner at Ruskin Moscou Faltischek, P.C., he is the chair of the firm’s Corporate and Securities Department, the largest such practice group on Long Island.  He is also a member of the Corporate Governance Practice Group.

Irvin began his legal career at several midsized New York City law firms, specializing in major corporate transactions.  The experience and skill he acquired during this time equipped him for the significant domestic and international transactions for which he is renowned today.

Early in his career, Irvin was a cofounder of a data storage company, which was eventually sold to a large conglomerate.  This entrepreneurial experience proved invaluable, affording him insight and firsthand knowledge of the business issues and pressures facing today’s business leaders.

Irvin has long been a sought after lecturer on a wide variety of topics including mergers and acquisitions, initial public offerings, venture capital, ESOPs, succession planning and other corporate and securities law topics before groups of attorneys, accountants, trade associations, senior bank executives and other business groups.