A Martindale-Hubbell AV preeminent-rated of counsel at Ruskin Moscou Faltischek P.C.; Gregory is a member of the Health Law Transactional, Health Law Regulatory Departments and White Collar Crime & Investigations Group. He is also a member of the Corporate Governance Practice Group.

While previously serving as the director of the Long Island Regional Office of the Deputy Attorney General for Medicaid Fraud Control, he supervised all investigations and prosecutions of Medicaid providers and allegations of patient abuse on Long Island. 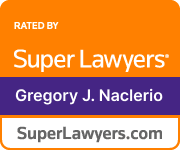